Home Blogs
50+ Hilarious Super Bowl Memes To Have Some Laughs

50+ Hilarious Super Bowl Memes To Have Some Laughs 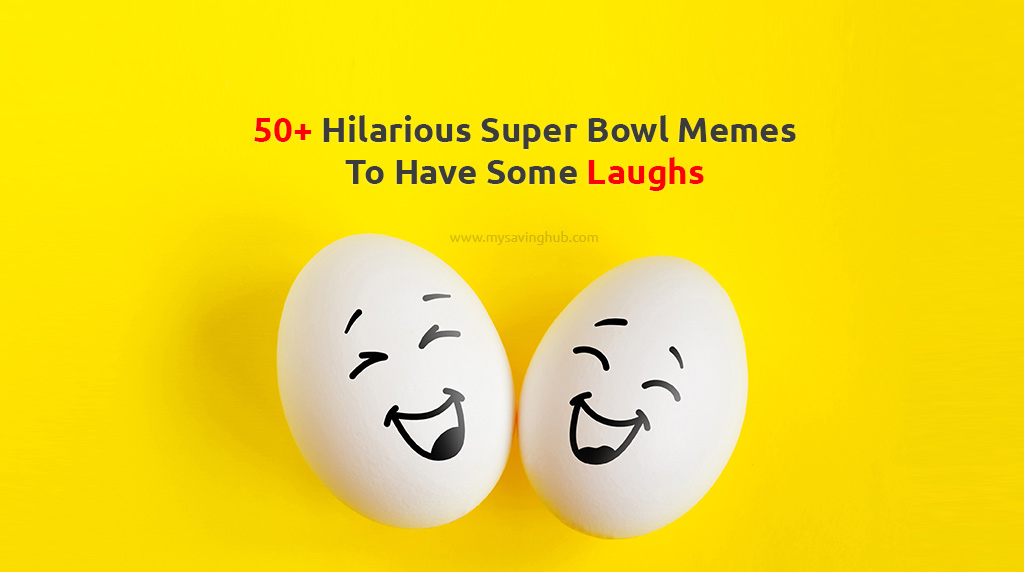 The Super Bowl has been something far more than just one of the year's most watched sporting events. The Whole United States waits for the Super Bowls Games to start and so does the world. But the reasons may be different.

While Americans rejoice watching the games and have some fun time together, not to forget the competitive audience who sets the radar on fire! The entire world waits for memes and funny anecdotes from super bowl.

After all you do not need to be an American to understand some high-quality humor. Besides what else other than humor makes tense times like the Super Bowl: The Biggest even in the world (pun intended), bearable.

Its Time to Laugh

As Jon Snow would say: Brace yourselves, Super Bowl Memes are coming.

The Super bowl has grown into a fascinating, annual convergence of pop culture and consumer behavior, with an estimated 94 percent of viewers scrolling on their smartphones as they watch, TV advertising budgets reaching far above seven figures, and the constant, real-time groundswell of social media reactions during the game.

The fans are excited to have some laughs here and there, also if you do not watch super bowl and do not even have a hint of what this is about, we advise you to look at these super bowl memes. Nobody should be left a chance of making their day better.

Heres to the hope that this memes will explain the games better than the game itself and of course you will have some fitful laughs no matter if you are an Asia, African, South Asian or American.

Some of the Best Super Bowl Memes:

Let the games begin, the games of laugh and fun. Dont forget to order special pizza deals and some delicious burgers to enjoy these super bowl memes. Sometimes they are even better than the games themselves (most of the time actually)!

Even if you had a little mishap with someone from the opposite teams supporter, these memes can make you and your long lost buddy sit together and share some smiles.

Get Over the Super Bowl Hangover!

Calling in sick the next day after Super Bowl is another American Ritual. Whether you are hungover with all the extra beer you consumed during the game or bloated due to extra cheesy slices of pizza or maybe its the sadness of your team losing.

Either way, hard times do not last and as the super bowl ends, the excitement goes down and wait for the next annual super bowl begins, the super bowl memes are something to keep you hooked and hopeful.